Skip to content
Home » My 5 greatest lessons from ‘THE ALCHEMIST’

My 5 greatest lessons from ‘THE ALCHEMIST’ ‘The Alchemist’ remains one of my favourite books and I keep going back to it from time to time. There is something about this book that stirs my soul. So, here are some of the jewels that I have discovered while reading this book. Hope you enjoy reading them as well.

Going through the vicissitudes’ of my life, I wondered about what makes things work and what doesn’t. In my desperation to set things right, the way I thought them to be ‘right’, I felt some things never change and it is all a game of fate. This is where I discovered my first lesson from ‘The Alchemist’ about the world’s greatest lie. So, what is the world’s greatest lie: “That at a certain point in our lives, we lose control of what’s happening to us, and our lives become controlled by fate. That’s the world greatest lie.”

Some of my experiences pushed me to believe about mysterious forces that exist. For a long time, I was unable to articulate these mysterious forces and always considered them in the ‘gray’ area. I thought them to be more evil in nature. However, this did not deter my faith in them. May be this is the reason I came across ‘The alchemist’ which enlightened me about these forces which say, “It is a force that appears to be negative, but it shows you how to realize your destiny.”

I judged enough to have fallen in the pits where I realized I had low self- esteem. During such times I spend more time in silence and nature. I slowly began to connect and peace embraced me. This is where I encountered ‘language of the world’. Unsure and entangled with my mind, I thought I was going bonkers but, Paulo Coelho introduced me to this language; the language which my mind could not fathom but my heart knew it all.

The more I tried to anchor into my heart, made an attempt to understand it, the more I encountered my fears than my faith. But, it is during such times I realized that fear is a strange language. It may seem as though, it is taking away your powers, but it is actually pushing you towards them. In the stillness of the mind, the wisdom surfaces and this is where the veils of illusion drop away. These veils that have existed not for years but for lifetimes. And when these veils drop, all you are left with are your greatest qualities. This is a crossroad where you see your heart as a friend than a traitor.

Last but not the least, the lesson that I learned was about Love. ‘Love’ is a language of the world and it will never keep a man away from pursuing his destiny. ‘Love’ stands the test of time because it is the only thing that transcends beyond the dimension of time and space. It is at the core of existence. It is that force which is instrumental in the process of creation and may be, it is the wand through which ‘everything is written…Maktub.’

This beautiful fable about following your dreams helped me understand that I cannot seek the treasure of my destiny without living out my destiny. This book stirred my soul and may be even pushed me towards my first step on my path of ‘the quest’.

(P.S: This is blog is not an affiliate to any links shared. The links shared only connects you to the platform where you could buy the book if you wish to read it. This is my way to of expressing my gratitude to the authors who have touched my life in a beautiful way)

3 most important lessons from my failures

5 things I learned from this little powerful book, ‘Love Yourself Like Your Life Depends on It’, by Kamal Ravikant

Seed and the Fruit 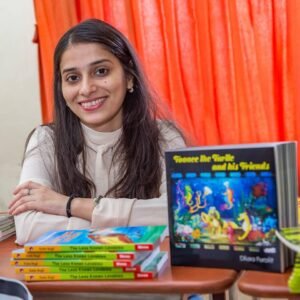